Hey folks. This week it seems like all I keep hearing about is how virtual reality is so awesome and how it’s starting to really take off. One podcast that I regularly listen to (Download This Show) was gushing about “the burgeoning world of Virtual Reality filmmaking.”

Then on Twitter one evening I saw one of the top trending topics was #ONALA, who apparently hosted an evening of online journalists schmoozing on the topic of VR. As one tweet put it:

VR storytelling is here, soon it will be part of your everyday life & these are the people bringing it to you #onala pic.twitter.com/O3UehyQ2cT

Not wanting to be a Luddite, I started looking around to see what it’s going to take for me to jump on this bandwagon. For starters, I’d have to go buy a virtual reality headset, perhaps like this one: 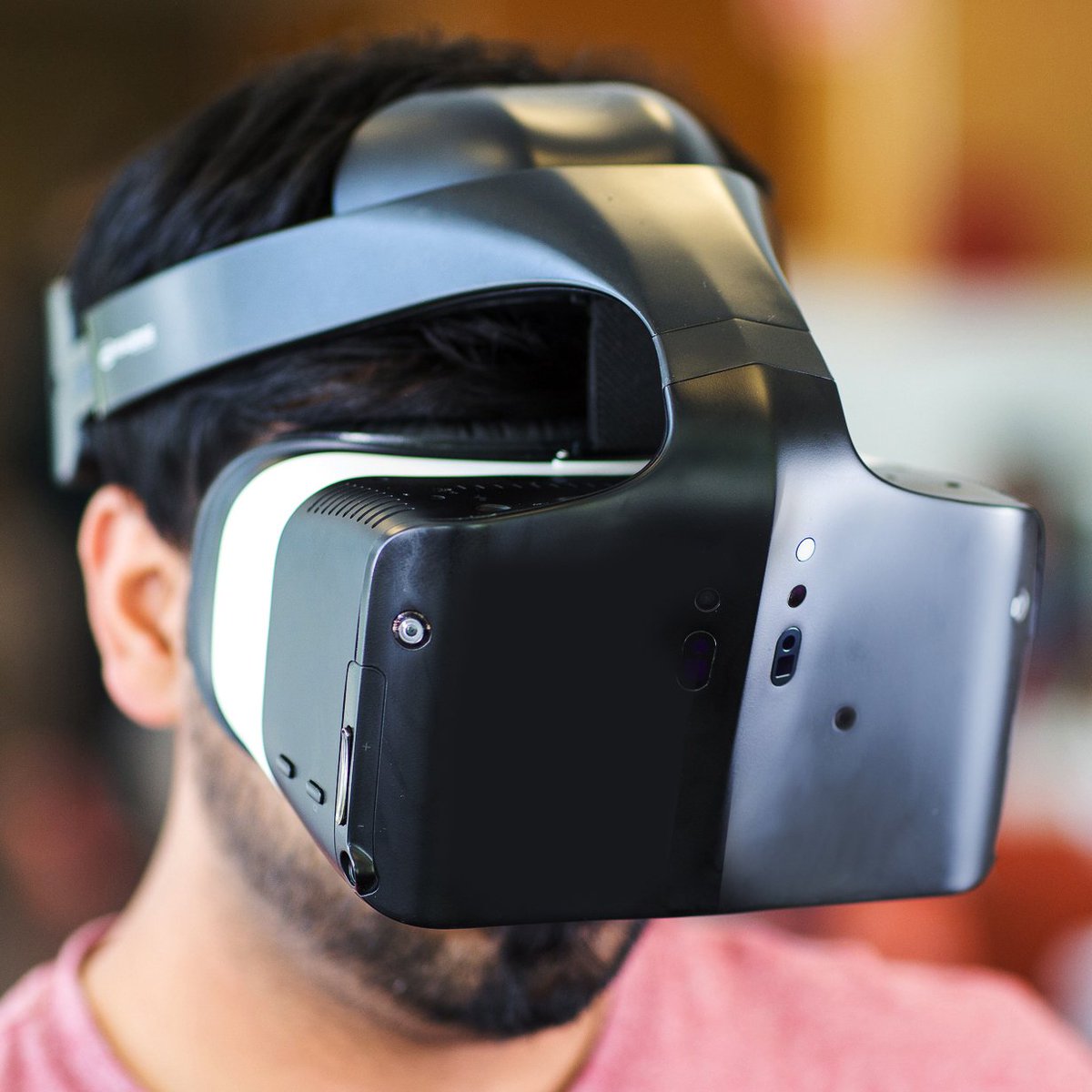 By the way, am I the only one who thinks that looks lot like this?

That Dr. Who episode still gives me the creeps.

Anyway. There’s something else about VR that makes me think it might actually have a harder time becoming this ubiquitous technology that will replace our desire to look at the real world.

Here’s the problem: VR experiences are immersive. That means you don’t see your feet on the ground, or your hands in front of your face. You have to physically move at least your head in order to keep track of the action going on around you. There’s no way you could sit on the couch and munch a bowl of Cinnamon Toast Crunch while immersing yourself in a 360-degree virtual reality story-game.

There’s no way you could sit on the couch and munch a bowl of Cinnamon Toast Crunch while immersing yourself in a 360-degree virtual reality story-game.

How about all the other ways you might multi-task while Netflix binging? Here are some of my favorites:

I have a hard time just sitting and watching anything. I get fidgety and tend to roam around as soon as the plot starts to show its formula. To find out whether this is common with other people, I ran a little Google survey asking people “What do you do while watching TV or streaming video?” Out of 250 responses, 45.6% said that they do nothing and another 5.2% said they just watch.  The only people I would have thought to regularly focus on their screens for hours at a time are gamers. But I guess I’m wrong. Instead, roughly half of Americans give the boob tube their undivided attention.

However, that still leaves the other half. Their answers included things like “eat and play games on my phone,” “keep an eye on my kid,” and “work on my laptop.” There were many variations of reading, of social media, and a slew of responses that could be lumped under “play video games.”Here’s the wordcloud:

For that reason, I’m going to make a prediction that VR technology will not become embedded in our daily lives until it can accommodate our more mundane activities. Here are some suggestions:

I propose that there should be a way to embed app views inside the VR space. For example, you should be able to bring up a virtual screen that lets you check your Facebook news feed without taking the VR helmet off. Heck, there should be a way cross boundaries between your virtual reality and other programs. I’m willing to bet that teenagers in the future will Snapchat each other selfies taken inside VR settings.

VR helmets need to also let you check the outside world easily. Put a camera on the front so that I can take a peek at what the heck the dog is going crazy about, for example. Maybe they should come with sensors that beep when you’re about to walk into a wall while trotting around a virtual space.

Lastly, VR helmets need to get smaller and less helmet-y. Right now, they look about as practical as Luke Skywalker’s blast shield helmet: